Alfran Participates in the XXXIV Technical Congress of FICEM. Guatemala

For the fourth consecutive year, Alfran participates as a sponsor at the XXXIV Technical Congress of FICEM (Interamerican Cement Federation). On this occasion it was held at the Hotel Intercontinental in Guatemala City, capital of the Central American country of the same name. In the event, there was a stand at the trade fair. In addition, we were represented by Carlos Chavez and Rodolfo Santelli, our colleagues from Refractarios Américas.

We carried out a technical presentation called Decision Factors in the Selection of Non-Formed Refractory Installation Method. Such presentation was given by Rodolfo Santelli.

At the XXXIV Technical Congress of FICEM, it was possible to share with current and potential customers of the cement industry.

Likewise, we were able to strengthen ties and synergies with other suppliers in the industry, such as FLSmidth, ThyssenKrupp, Fives, Motofrenos and others. It was also favorable to know the trends of the global cement market, through the information provided by specialized magazines such as CementReview and others.

The Interamerican Cement Federation brings together manufacturers from all Latin America (Latin America, Spain and Portugal). It brings together 72 cement companies, 228 plants and 5% of the world cement production, which amounts to about 228 million tons / year. In addition to the annual Technical Congress, it also organizes training courses on topics of interest to the cement industry. It also coordinates the efforts in terms of emission reduction and environmental care in the production of cement.

Alfran USA strengthens its position in the cement industry

Our young subsidiary, Alfran USA, moves forward with a firm step to become a benchmark supplier for the maintenance of refractories in the cement industry. In this way and with our portfolio of high added value refractorycastables, TIX, HIGH GUN, CLEAN, DRYTECH, alfranjet, and alfranpump, we are extending the number of references in clients such as Cemex USA, Drake Cement, and American Cement, among others.

Thanks to our 2 logistic warehouses in Laredo (Texas) and Savanah (Georgia), where we store a minimum of 100 metric tons in each, we can supply any customer in the USA with a maximum delivery time of 48 hours.

Alfran will continue to provide resources to our American subsidiary to consolidate its growth.

Shutdown at unit 2 of the Fujairah Cement Industries. UAE

During the past months Alfran-HTR, our subsidiary in the United Arab Emirates, made the main shutdown at Unit 2 of Fujairah Cement Industries. In this project, 65 meters of bricks were installed in the rotary kiln, 138 tons of dense concrete in different units of the plant and 120 tons of our Lite LW 23 AS insulating concrete. The entire ALFRAN-HTR team was congratulated by the client for the prompt and perfect execution of the work. The outcome of a good job is a satisfied customer!

A great repair at the Cemex Balcones cement plant in Texas

We have just finished one of the projects that we were most excited about. A great repair, under our supervision, at the Cemex Balcones cement plant in Texas. Our ALFRANJET ABR CLEAN + was installed using our SHOTCRETING technology. Also, other works were carried out by vibrocasting system with ABR CLEAN SUPER + and high-pressure gunning with HIGH GUN range, in different areas of the plant, in record time, even reducing the deadlines agreed with our client. All the material was supplied directly from our Laredo warehouse.

The outcome of a good job is a satisfied customer 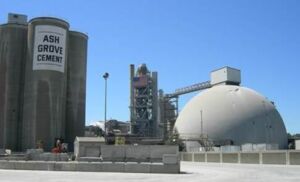 We continue growing in the number of projects and customers in the USA. This time in Seattle, at the Ash Grove Cement Company plant located in Washington State. This is our first sale in this plant, belonging to CRH.

We supply and supervise our Alfranjet ABR Clean + material in the smoke chamber, installed by SHOTCRETE technology. The results obtained lives up to the customer´s expectations

As always “the outcome of a good job is a satisfied customer”.

On September 2, 3 and 4, the XXVI FICEM Technical Congress was held in the city of Punta Cana, Dominican Republic. During these days we had the opportunity to share with our clients, as well as explore strategies of our competitors.

FICEM 2019 was an opportunity to deepen relations with our clients in the Americas.

In Alfran we continue betting on the importance of expanding the technical knowledge of our collaborators, as well as sharing our offer of products and services in a necessary Networking, in this type of Congress, of recognized prestige.

Once again, Alfran was the company in charge of carrying out the refractory maintenance repair at the Cementos Portland Valderrivas plant, located in Alcalá de Guadaira (Seville).

The work was performed during 10 days working in double shift, which made it possible to have a fast reaction capacity to fulfill the needs of the client.

Despite the circumstances in which we found ourselves due to COVID-19, the work was developed without any setback complying at all times with the deadlines required by the client.

Since 2007, Refractarios Alfran has been the main player in both the refractory materials supply and installation at Votorantim Cimentos plants, in southern Spain.

Alfran has been the company chosen thanks to its knowledge of the facilities, the quality of its materials and our qualified personnel, mastering all installation methods and knowing perfectly the material requirements in each area, in the different maintenance shutdowns carried out at its plants in Cordoba and Niebla (Huelva).

We must highlight that castables such as ALFRAN CLEAN 85 G, ALFRAN ABR CLEAN, or DRYTECH 70 are commonly used in these cement plants, with exceptional performances. 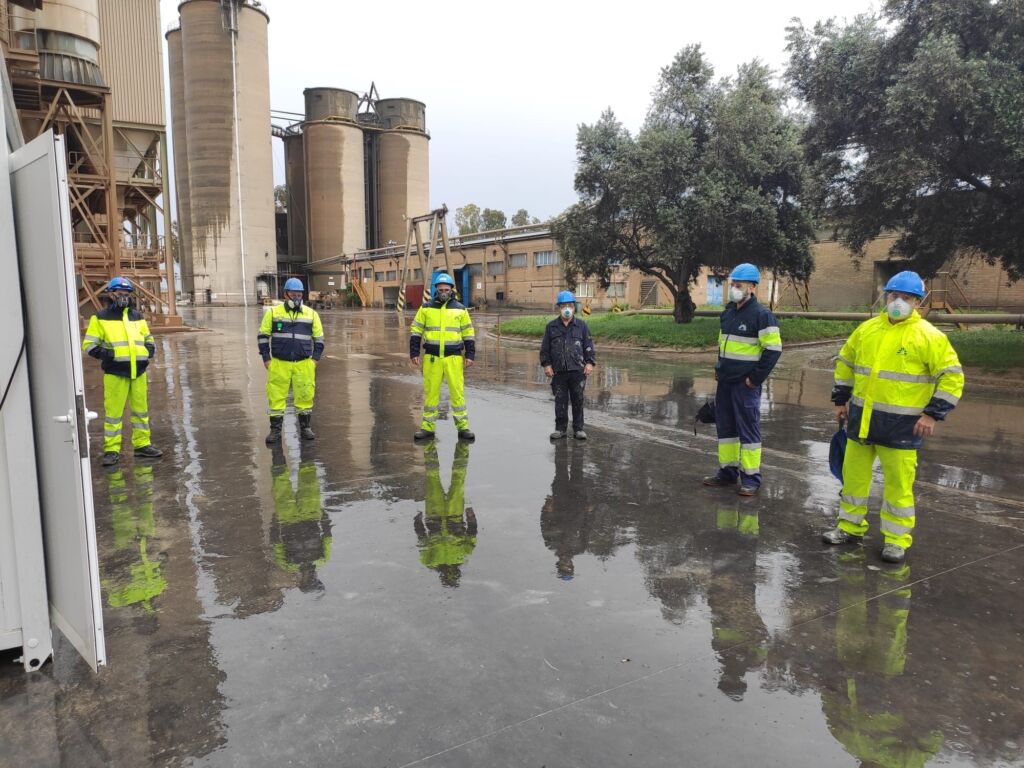 Training course for the cement sector

This summer, we told you in a post about theoretical-practical workshops that had been held in Colombia.

In line with our commitment to ongoing training for clients, another series of sessions have been organized during the month of September. On this occasion, the sessions were held in Spain, with participants from different countries.

There were four days in which there was both theoretical and practical training. It began with a guided tour of the factory, to know the manufacturing equipment and sacking of materials. Additionally, the participants learnt about the manufacturing process for precast shapes.

After visiting the factory, the participants were also able to visit our laboratory, where they were explained some of the quality tests and the characterization of concretes, which we carried out in Alfran.

Following the dynamics of previous workshops, the participants had the opportunity to mix, vibrate, shoot and project via shotcrete, with their own hands, the different materials on a test panel.

Four days of training for the cement sector

Some of the subjetcs covered during these four days were the following:

Of the training sessions, it is worth noting the commitment of the different collaborators. Multinational teamwork, Alfran Mode.

Come visit us at the 2018 FICEM Technical Congress, Panama

One more year, Alfran will participate in the Technical Congress of FICEM (Interamerican Cement Federation). This will be the fifth consecutive year in which Alfran attends the Congress.

It is the most important meeting between producers and suppliers of the cement industry in Latin America. Additionally, it is the only event in the region where the main cement companies of the continent seek the best offer of equipment aimed at optimizing the costs and efficiencies of their plants.

On this occasion, the Congress will be held at the Megapolis Convention Center in Panama City on September 3, 4 and 5.

During the 2017 FICEM Technical Congress, Alfran did a technical presentation. You can read about Alfran‘s participation in the 2017 event here.

You can check the full schedule of this year’s Congress here.

[…] During the 2017 FICEM Technical Congress, Alfran did a technical presentation. You can read about Alfran’s participation in the 2017 event here. […]

Come visit us at the 2018 FICEM Technical Congress, Panama

[…] During the 2017 FICEM Technical Congress, Alfran did a technical presentation. You can read about Alfran’s participation in the 2017 event here. […]